Swiss artists Yann Gross and Beni Bischoff will show their works at 2016 Jimei x Arles International Photo Festival. In 2016, Jimei x Arles, co-directed again by its founders, will raise the curtain on the Nov.20, and last till Dec.19, 2016. Exhibitions aside, artistic performances, sound shows, forums, projections, portfolio reviews and other events will take place during the opening week that last a full 7 days. The festival means connect and animate separate cultural areas and spaces, to relay and promulgate the different art forms through the city, thus events will be held both at Jimei Citizen Center and Three Shadows Xiamen Photography Art Centre. It will cover more than 100 artists from a dozen of different countries and display more than 1000 works in total. 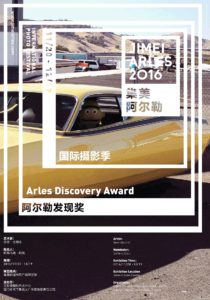 Beni Bischof, an unclassifiable visual artist, sculpts with clay, metal, or chewing gum, paints with watercolours, draws with his fingers and humorously takes inspiration from everything from art brut to Saint Gall sausage. His heavy use of photography is characterised by the re-appropriation of existing images from the internet or traditional media. His absurd digital manipulations and sometimes brutal physical interventions reveal a kinship with Dadaism mixed with a neo-punk spirit. His prolific, chaotic, funny work challenges the status quo and can be approached from many different angles. What sets him apart is the freedom with which he interprets complex social phenomena. His magazines, installations, and visual re-appropriations are an attempt to inject meaning and poetic potential into the continuous media flow and recall that an image is above all a picture in the mind’s eye.

I work unrestrainedly and intuitively. Playfully, I condense the grotesque, ridiculous, banal, and absurd in a cryptic and ironic manner using a wide variety of media. In addition to drawings, collages, paintings, sculptures, and installations, my self published magazine Lasermagazin, which was launched in 2005, attests to my eruptive creative drive. I translate spontaneous thoughts on social and political topics into bizarre and comical messages, into words and symbols of disarming immediacy. At the same time, I transport the promising and illusory world of glamour into subtle quotations of pictures and text. The banality of everyday life is disregarded, as are the dramas of the political agenda. I find my material in cheap novels, fashion magazines, advertisements, and the virtual world. I want to break the precious illusion of supposed exclusivity and present an abysmal view of society.

My intuitive approach, my constant absorbing of the surrounding world is based on a strategy that becomes evident through the unbridled interplay of extremely diverse source material. I translate wildly diverse influences from mass media into pointed contemporary art. My work develops fluidly and explosively. My pictures depict life in all its joy and misery, confusion and burlesques, which I playfully portray, in the blackest of tones, in pictures.

Born 1976, Switzerland. Lives and works with wife and son in St. Gallen, Switzerland. Beni Bischof paints, draws, sculpts, makes installations, takes photographs, and creates all things between. He publishes his own magazine, Lasermagazin. His solo exhibition opened June 2016 at the Museum Boijmans van Beuningen in Rotterdam. 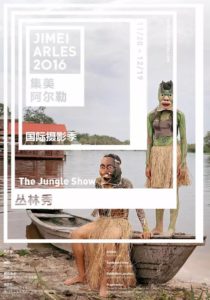 When the Spanish conquistador Francisco de Orellana set out on his search for cinnamon in 1541, he could not have known that his travels would take him to the winding bends of the world’s longest river—the Amazon.

Long a witness to evangelisation campaigns, road-building projects and rubber, oil and gold rushes, the area has always aroused greed, competition and fascination.

Following in the footsteps of past expeditions, this travel diary’s discreetly staged scenes help to reveal various facets of contemporary Amazonia and the surrounding areas. Working with different local communities allowed me to explore the forest’s complex interactions and mysteries. Once immersed in this domesticated world, you soon forget romantic clichés about forgotten lands and noble savages.

More broadly, this visual roaming challenges the idea of progress and development.

Born in 1981, Vevey, Switzerland. Lives and works in Switzerland and South America. After studying at the École Cantonale d’Art de Lausanne, Yann Gross lived in several Latin American countries. In his work, he questions the way in which humanity shapes its environment. He regularly collaborates with various communities and is involved in projects such as the creation of an indigenous television channel in Brazil and the construction of a skate park in Uganda. The recipient of numerous awards, including  that of the International Festival of Fashion and Photography in Hyères and the Photo Espana Descubrimientos Prize, he has exhibited in such institutions as the Musée de l’Elysée in Lausanne, Fotostiftung in Winterthur and FOMU in Antwerp. The recipient of the Dummy Book Award at the Rencontres d’Arles 2015, his The Jungle Book will be released in the summer of 2016.