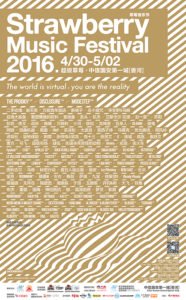 The Swiss music band Egopusher, formed by Tobias Preisig and Alessandro Giannelli, is invited by Pro Helvetia Shanghai to give their compelling and thrilling performance at the following events:

Egopusher is a Swiss band in which Tobias Preisig plays Violin/ Moog Bass, and Alessandro Giannelli plays Drums/ Synth. They are invited by Pro Helvetia Shanghai to launch their Chinese premiere in Shanghai and Beijing. Working in their very own sound laboratory, called “the basement diary”, the duo has experimented with a near-Darwinian formula to arrive at their striking pieces. Contrast and contradiction are at the very core of Egopusher, an unlikely but magical amalgam of lyrical and yet somehow obstreperous violin, and earthy drum sound. At first, Tobias Preisig and Alessandro Giannelli have very different musical background. Ever since their paths crossed, Switzerland has been gifted with a fabulously playful and radical new band unafraid to tease, provoke and shock.

Over the course of several months, Preisig and Giannelli recorded a series of improvisations on violin and drums, adding touches of synth and bass later. In this way, they created a kind of diary, capturing and observing the successes and failures alike of their interplay. Several months later, they sat down to listen to these basement diaries and to decide which of the entries deserved to be developed into a song. This survival of the fittest strategy perfectly fits the curious word creation that is the band name, Egopusher: Dig deep inside for the best in you, bring it out and polish it until the sparks fly.