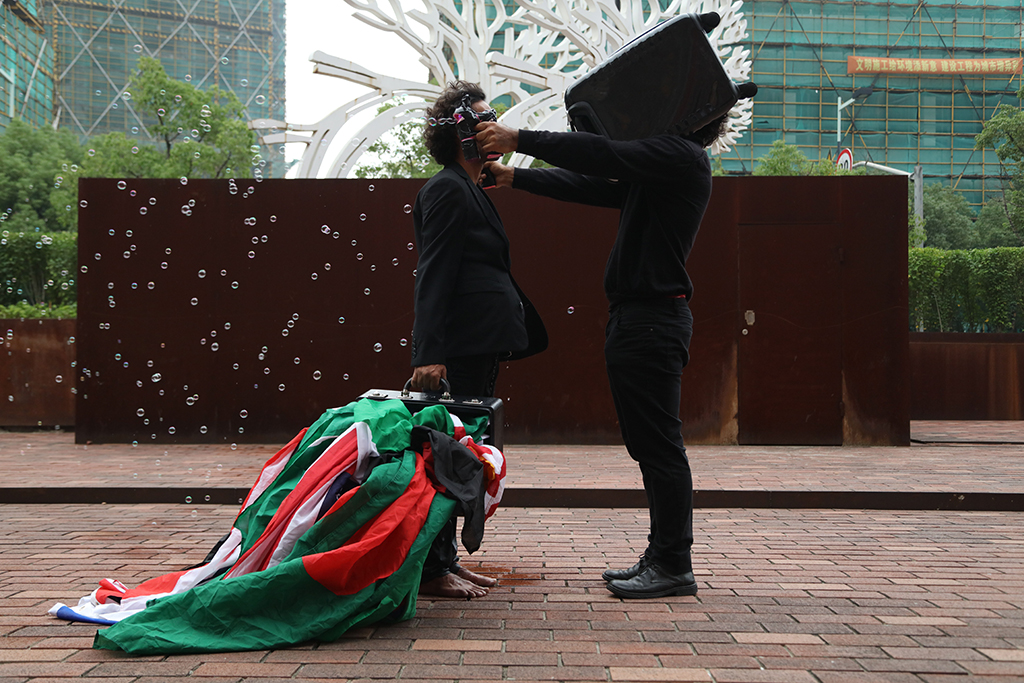 (Performance at McaM Shanghai. Image provided by McaM, courtesy of the artists)

About the performance
Ali Al-Fatlawi and Wathiq Al-Ameri received a classical education at the University of Fine Arts in Baghdad. In the 1990s they decided to escape the regime of Saddam Hussein and embarked in an odyssey and finally found a home in Switzerland. They both pursued their studies at the F+F Schule für Kunst und Mediendesign in Zuerich. In 2011 they received the Swiss Performance Price and in 2012 the Swiss Art Award. Their work is well known in various European countries, Asia and North America.

The both iraqi-born performers choose a stage-like setting for their work performing facing the audience. The performance starts with one of them taping a loaf of bread onto his belly while addressing the viewers directly. He speaks Arabic with some occasional words of English to give an idea the narration deals about boarders in the middle-east. Meanwhile the other performer moves around the room painting with white colour onto the white walls, distributing figures of soldiers and wooden blocks throughout the room.

By way of the parallel action of the two performers a story unfolds of converting everyday things into something else. The symbolic character of the actions shift between significance charge and disappearance of meaning. To finalise the performance one of the two artists stretches out his hand, dipped in white colour, towards the audience and will wait until someone out of the audience will help end the performance by shaking his hand. 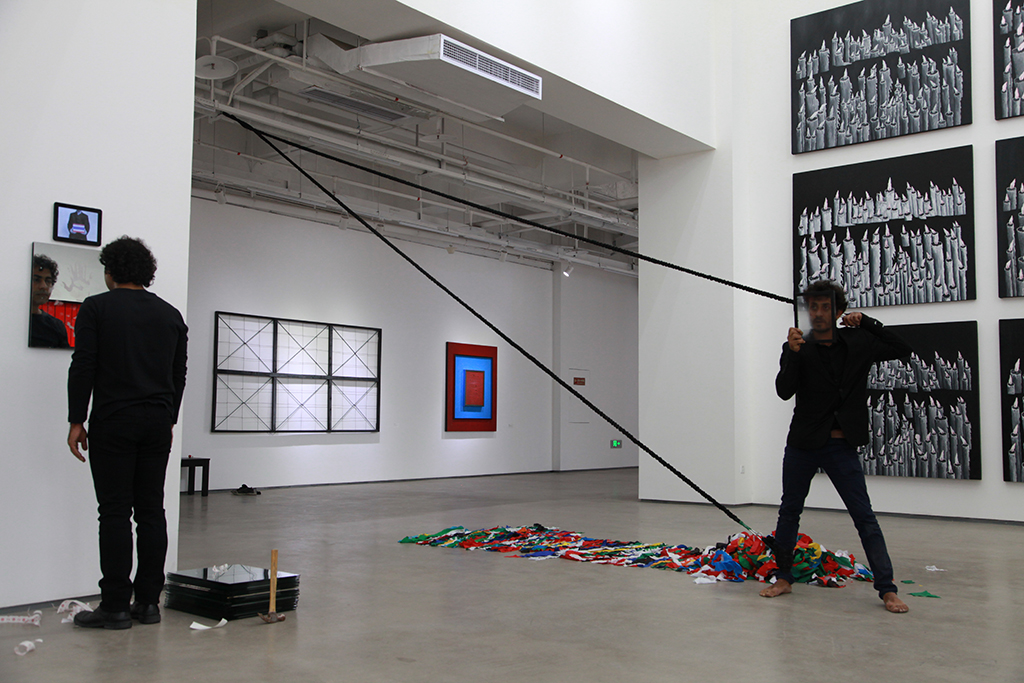 (Performance at GCA Chongqing. Image provided by GCA, courtesy of the artists)

About the Artists
Ali Al-Ftlawi and Wathiq Al-Ameri create performances that reflect their history. They present a view from exile, combining a critical perspective with the hope of returning to their homeland. Their art explores issues of confrontation and war. Friends since childhood, both performers received a classical education at the University of Fine Arts of Baghdad. Several years ago they decided to escape the regime of Saddam Hussein and embarked on an odyssey. Using false papers, the two crossed the Iraq border into Jordan where they reproduced classical and Arabic paintings until they amassed enough money to reach Sudan and from there traveled by truck through the Sahara to Libya and then finally to Switzerland. In Switzerland they formed the studio group Urnamo to share ideas and develop their art, and studied at the F+F Schule für Kunst und Mediendesign Zurich.