Navigating the Unknown in Between,
Son-Icons – Visual Sounds from Europe and China

During her three-month artist residency in Shanghai and Hangzhou, Swiss inter-media artist and musician Charlotte Hug will create new Son-Icons inspired by her research in Chinese Calligraphy, artistic encounters with masters of Calligraphy, Chinese musicians and discussions with scholars and artists. An essential inspiration is also the numerous Chinese persons painting with water on stone in public spaces in China – creating temporary calligraphy. A new deep relation and interaction between the ephemeral visual shapes and sounds evolves from these experiences. She draws with both hands and her brushes dance in the rhythm and pulsation of the visually uncharted territories.

Charlotte brings her art installation “Son-Icons – Visual Sounds” from Europe, which shows sound drawings. The installation celebrates the transitions between land and water, day and night, life and death, as well as the transitions into the apparently impossible. In the exhibition at the CAA, she will juxtapose the drawings from Europe and the new Son-Icons created in China. During her solo live-performance at the opening she navigates musically with voice and viola in the unknown space in between. The musical result will, however, always be sustained and imbued by the inner rigor or the sensuous pull of the formal language of the Son-Icons created in Europe and China. The intervals between the cultures offer new spaces for thought and creativity.

Charlotte Hug, the Swiss-born inter-media artist and musician of the extreme is constantly pushing the boundaries of her instrument. She has reinvented viola with her “soft bow” technique. Her specialty is a blend of viola and vocals using high falsetto, vibrating glottal sounds, multiphonics and language like articulation. She seeks to develop instrumental and vocal techniques to their fullest extent, which has resulted in an unmistakable and unique tonal language. Alongside her activities as a visual artist in international exhibitions, her sound-drawings: “Son-Icons” have found global recognition. Charlotte is also fully active as a concert performer, soloist, composer & conductor of her own works at major festivals in Europe, USA & Canada. She has conducted the research residency from Pro Helvetia in South Africa in 2014.

Rémy Jarry
Born in France, Rémy Jarry is a PhD Candidate at the China Academy of Art, researching on Chinese contemporary art. Valedictorian of an MA in Art History from Sorbonne University, Paris, he also holds an MBA and an MA in Journalism from Sorbonne. Rémy had previously been working for art galleries, fairs, magazines and auction houses in both Europe and Asia. Fluent in French, English and Chinese, Rémy gives regular lectures in Art History and Visual Culture. 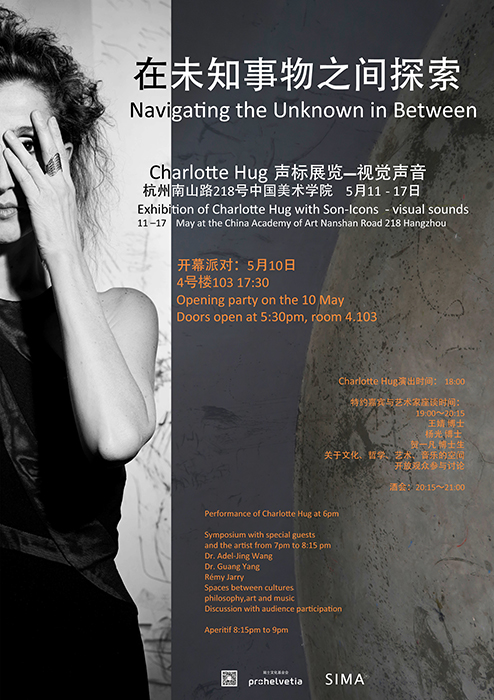