Structures are undisputedly one of the most important aspects of construction culture, and both Swiss and Chinese engineers and architects have been very productive in this field. Switzerland has a unique way of thinking about resistance and structural durability, while China is a leading role in the field of mega infrastructure. The architectural practices of the two countries are also exploring issues of architecture and structure in their respective contexts.

We hope that this dialogue will allow architects and engineers from different systems to get to know each other better. We hope that the discussion will be of professionalism in content and participatory in context. We look forward to the technical and cultural interest that Swiss professionals may bring, and to the regionalism that Chinese professionals may show to their counterparts around the world. 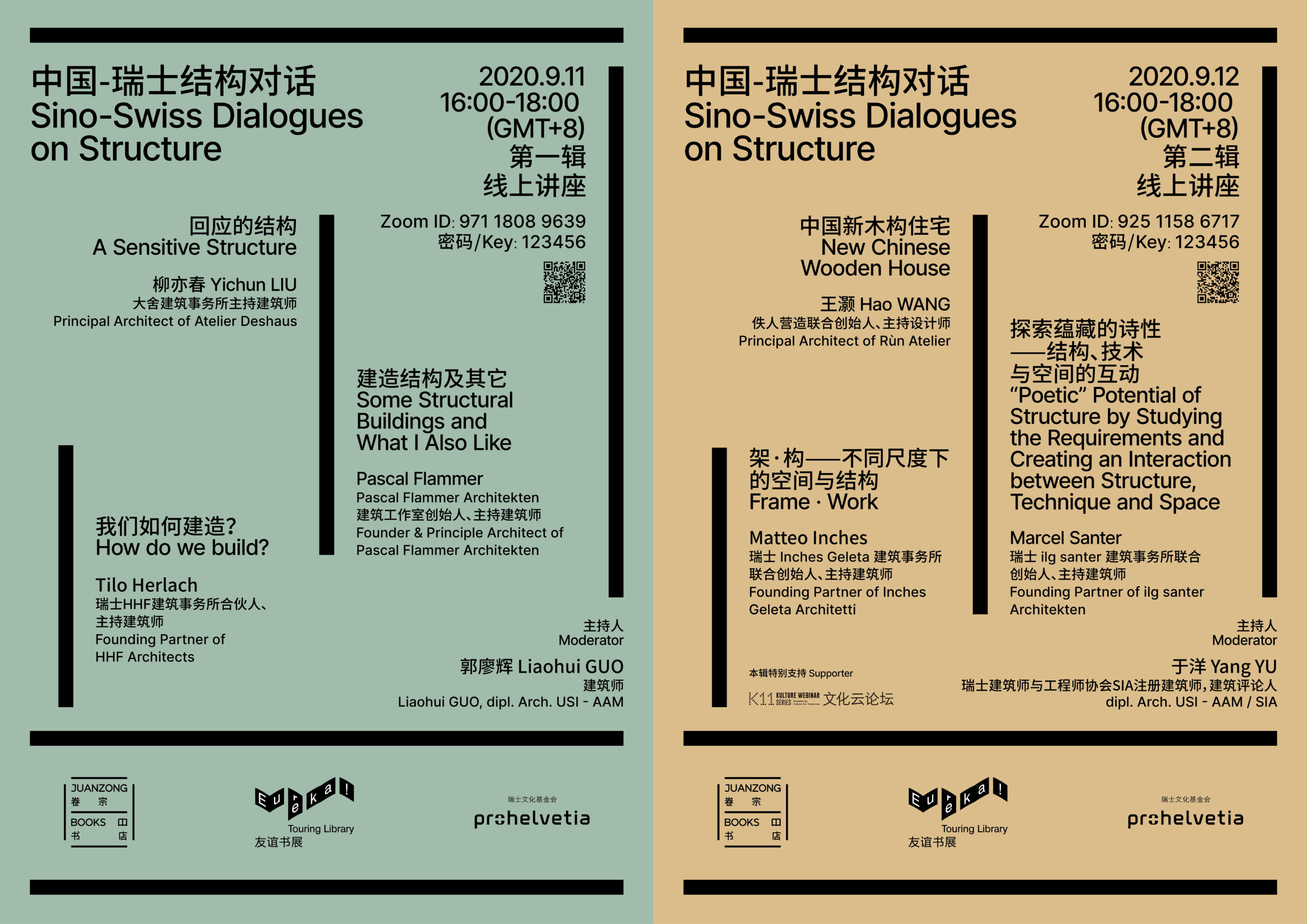 Organized by Juanzong Books and Eureka! Touring Library, Sino-Swiss Dialogues on Structure is  supported by Pro Helvetia Shanghai, Swiss Arts Council. During the Eureka! Touring Library in September until October 2020, we will invite Chinese and Swiss architects and engineers to bring a series of online talks on the subject of structure to the Chinese audience.

Juanzong Books is a bookstore matrix project initiated by Huasheng Media Group. The first architecture bookstore is a joint effort with Aranya, which aims to be the most effective architectural and cultural base in China. We have united architects and scholars around the world, bringing together independent architectural publishing houses and academic publishers to create a cluster of architectural bookstores in China. In the future, Juanzong Books will bring quality architectural content to the industry and the public.

Eureka! Touring Library – books, ideas and communities of architecture, is initiated by Juanzong Book. It brings together the world’s leading independent and academic publishing houses that dedicate to the contents of architecture. Eureka! Touring Library showcases the best of the year’s newest publications, the private libraries of master architects, and collector’s editions.