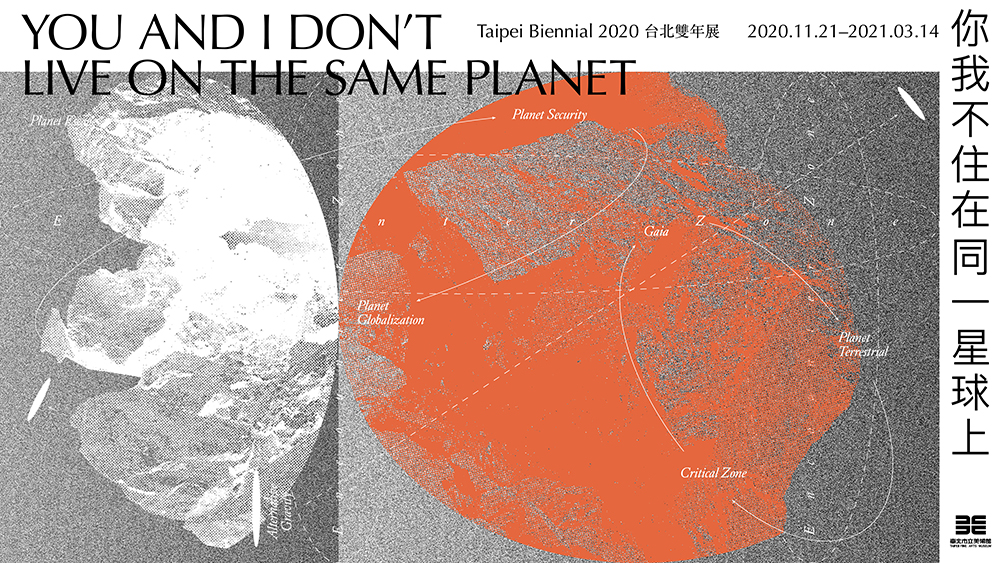 Swiss artist Uriel Orlow will participate in the 12th edition of Taipei Biennial. Presented by Taipei Fine Arts Museum (TFAM), Taipei Biennial will take place this November. Co-curated by philosopher Bruno LATOUR and independent curator Martin GUINARD, along with independent curator Eva LIN, who has been specially invited to curate the public programs, this year’s biennial will showcase a line-up of works by 58 participants/groups from 25 countries and territories worldwide. Entitled You and I Don’t Live on the Same Planet, the biennial starts from the postulate proposed by Latour and Guinard that “people around the world no longer agree on what it means to live ‘on’ Earth. As we come closer to a series of tipping points, we simultaneously witness a division between those who seem to have abandoned planet Earth, those who try to make it more inhabitable, and those whose cosmology never fitted within the ideals of the globalizing project in the first place”.

This year’s biennial is a call for ideas on how to view and respond to the current environment we are living in. With knowledge across a field of studies encompassing humanities, history, geology, marine science, sociology and political science at the core of the exhibition’s framework, accompanied by dynamic public programs to stimulate thoughts and spark discussions, the biennial aims to question our current ongoing geopolitical tensions and worsening ecological crisis by examining our differences and influences on a planetary perspective. The exhibition will propose a fictional “planetarium” within the museum, wherein the participants will set up the tensions between the gravitational pull of different “planets”. Among the many examples one could name the Planet GLOBALIZATION for those who relentlessly modernize despite planetary boundaries, and the Planet TERRESTRIAL for those who are concerned about the climate situation and trying to reconcile the paradox between development and sustainability.

(Originally commissioned by the Lubumbashi Biennale)

In his video installation, Uriel Orlow deals with Artemisia afra, an indigenous medicinal plant that effectively treats and prevents malaria and can be taken as an infusion. Nevertheless, it is not recommended as a treatment by the World Health Organisation, which favors the pharmaceutical industry and its global reach.

In 2019, malaria still killed a child every few minutes and the parasite that causes it is becoming ever more drug-resistant. In the 1970s, research to develop new anti-malarial drugs led to the discovery and extraction of artemisinin from the Chinese variety of Artemisia used for two thousand years—and now patented in medications.

However, resistance is now also increasing against the extracted artemisinin. At the same time it has become evident that the non-extractive use of the whole plant is still effective, yet the plant is prohibited in many parts of Europe. Artemisia afra grows in different parts of Africa including the Congo and contains no artemisin (but a potent cocktail of minerals, including abundant copper); not only does it resist drug resistance but it also resists extractive medicine. In the context of the Democratic Republic of Congo whose colonial and postcolonial economy has been dominated by various forms of extraction (mainly of minerals), Artemisia afra can help us to imagine much needed non-extractive relationships to natural resources as well as local and sustainable healthcare solutions and forms of solidarity as well as local and sustainable healthcare solutions without big pharma.