“Miriam Cahn and Claudia Martínez Garay: Ten Thousand Things” will be the first major exhibition in China of Swiss artist Miriam Cahn (b. 1949, Basel, Switzerland; lives and works in Stampa, Bregaglia) and Peruvian artist Claudia Martínez Garay (b. 1983, Ayacucho, Perú; lives and works between Amsterdam and Lima). This exhibition is presented by Sifang Art Museum, organized by Weng Xiaoyu, and supported by Pro Helvetia Shanghai, Swiss Arts Council. It will be on view from November 8, 2020 to May 23, 2021.

“Ten Thousand Things” brings artists Miriam Cahn and Claudia Martínez Garay into an idiosyncratic encounter across generations, geography and culture. Conceived as a two-person exhibition, “Ten Thousand Things” features works of painting, drawing, installation, sculpture, video, collage and site-specific mural that span both artists’ careers. The title of the exhibition borrows the ancient Chinese cosmological view of the world as exemplified in the I Ching: “Heaven and Earth interact perfectly, and the ten thousand things communicate without obstacle.” This view poetically connects the works presented in this exhibition and foregrounds the shared aspects of the artists’ practices: they rethink how we as humans connect to nature, other sentient beings, the non-human environment, and man-made systems, and how to represent such relationships.

Mainly known for her works on canvas, Swiss artist Miriam Cahn has committed over four decades of her artistic practice to the exploration of translating emotions into the language of image-making. Contemplating contemporary human conditions, Cahn always places her human subjects in an intrinsic web of worlds of animals and plants that extend our human-centric imaginations. The resulting images are imbued with intensity that respond to trauma, war and violence, and social conflicts. Cahn describes: “I am fish, bird, hedgehog, horse,” and “my body remembers older epochs of planetary and natural history. [The glow of] the skin(s) of animals and women shows me how close I can get to animals, to women. But glowing is related to radiate, radiation, irradiated.”

Claudia Martínez Garay’s works reflect on indigenous mythologies and artifacts, particularly from pre-Columbian cultures. Culminating in layered and iterative installations, her research-based practice investigates how power and violence persist through narratives fabricated by colonialist frameworks. The presentation of her work in this exhibition combines existing work and new commissions including murals, tufting tapestries and rattan animal sculptures that bridge her native Peruvian heritage with craftsmanship from local artisans. These new works and the symbolic elements imbedded in them are inspired by “Pachakuti,” a concept from Andean Cosmovision that signals a return to the initial point—as revolution, change and transformation—in a cycle that occurs in time and space.

Cahn and Martínez Garay are both storytellers in their respective and distinguished modes of representation. As Cahn disavows the conventional categorizations and oppositions by creating hybrid representations of beings unidentifiable at first glance as animal or human, body or plant, female or male, horror or allure, Martínez Garay shades light on what we can relearn from ancient cosmologies to imagine new ways to understand time and space, and to relate to both beings and things. Underneath their colorful and even whimsical aesthetics, fluctuating and metamorphosing, are dynamic and uncompromising energy and force. 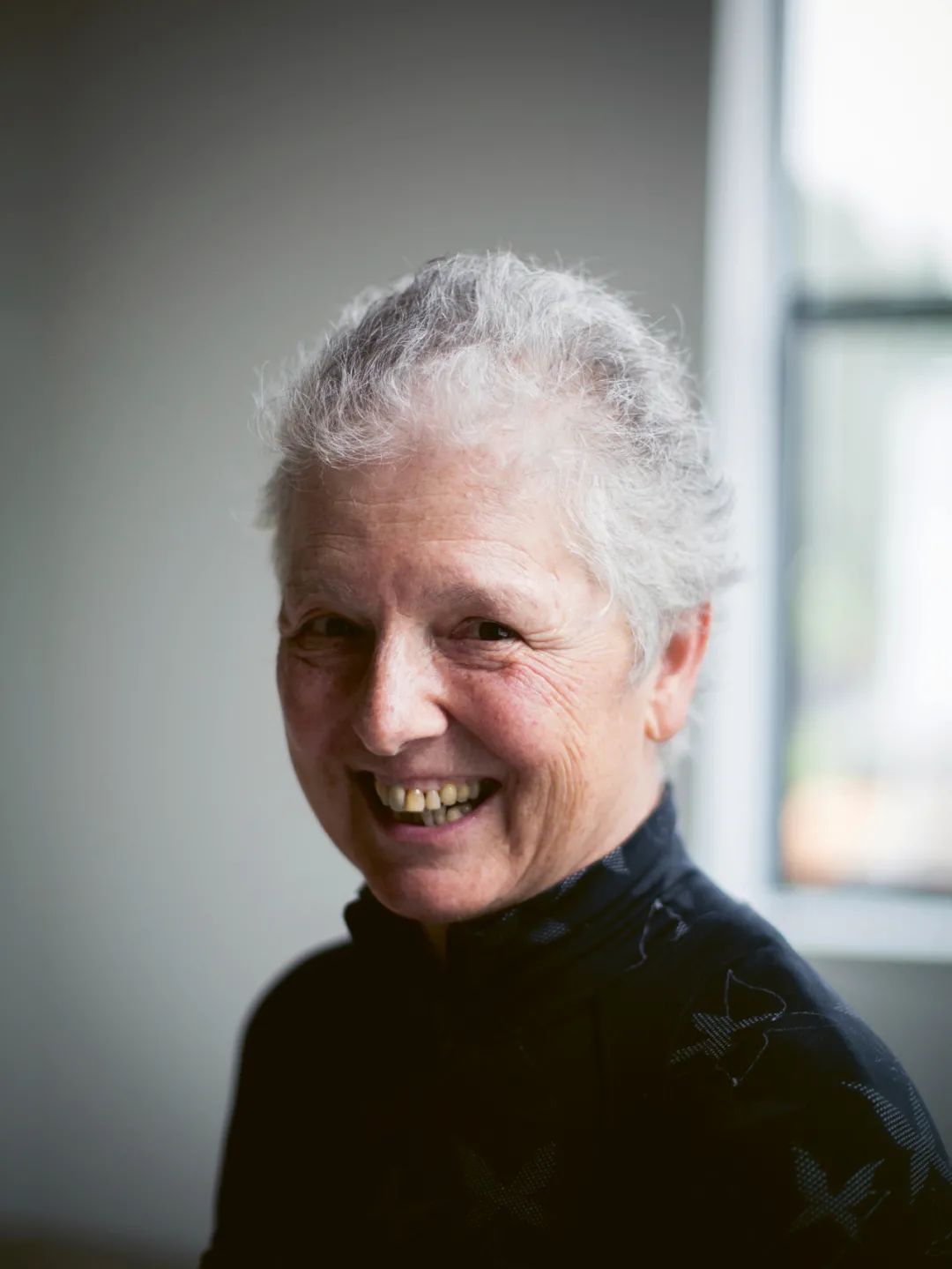 Miriam Cahn was born in 1949 in Basel, Switzerland. She is above all a figurative painter but, right from the start, she has associated her artistic project and its pictorial expression with other exploratory processes, such as performance or installations. After her training at the Gewerbeschule in Basel, where from 1968 to 1973 she took lessons in graphic art, she rose to renown in 1979 with an artistic action, consisting of placing murals along a motorway bridge. In 1981, the art historian and museum curator Jean-Christophe Ammann invited her to take part in a group show at the Kunsthalle in Basel then, two years later, for her first solo exhibition. In 1984, she represented her country at the Venice Biennale.

In Miriam Cahn’s work can be seen the influence of the feminist movements and thought of the 1970s, and then the 1980s. In particular, right at the beginning of her artistic career, she involved her own body in her work, by painting on the ground, on her studio floor, sometimes naked or with her eyes blindfolded, so as to reduce the influence of the mind on the creative process. For this Swiss artist, any depicted body radiates beyond its physical condition – whether it be men and women, or animals and vegetation. Even a house can become embodied thanks to her brush, becoming as though inhabited, just like the fragment of a body, or female genitalia: they are all inhabited by a force which is at once physical and mental, sensual and emotional. Miriam Cahn places the body and its expression in an aura of profoundly emotive, subjective colours. Often bright, these colours become emotions. From the depths of her canvases, or from the strokes of her charcoal, she brings out what has been buried: concealed secrets and forbidden sensations. Her work evokes bodily desire, just as much as it does the violence that bodies undergo.

Miriam Cahn lives and works in Stampa. Many solo exhibitions have been devoted to her in Switzerland and Germany. In 2003, she exhibited at the Fundación La Caixa in Madrid then, in 2014, at the Centre Culturel Suisse in Paris, with “Corporel/Körperlich”, the artist’s first major retrospective in France. She participated in the Documenta 14 with a large selection of paintings and drawings in Kassel and in Athens. In 2019, three major institutions organized together three important exhibitions in Haus der Kunst, Munich, Kunstmuseum Bern, and Museum of Modern Art in Warsaw. In 2019, the Museo Nacional Centro de Arte Reina Sofía in Madrid planed to dedicated to important solo show to Miriam Cahn. She has received a number of prestigious prizes, such as the 1998 Käthe Kollwitz Prize in Berlin or, in 2005, the Prix Meret Oppenheim and in 2013 the Baseler Kunstpreis in Switzerland.

Even if Miriam Cahn’s artistic work is rooted in the 1970s and 1980s, her pictorial language remains radically singular, distant from the abstract credo of the era, while leaving performance behind. In her determined approach to bodily expression, Miriam Cahn has for some years – quite clearly as a challenge – been confronting that most physical of all artistic skills: sculpting wood and, to be more precise, huge tree trunks. She saws, removes bark, carves and digs, in a bodily confrontation with trees, so as to be able to “penetrate surgically” these trunks, as she puts it, and go “within their bodies”. 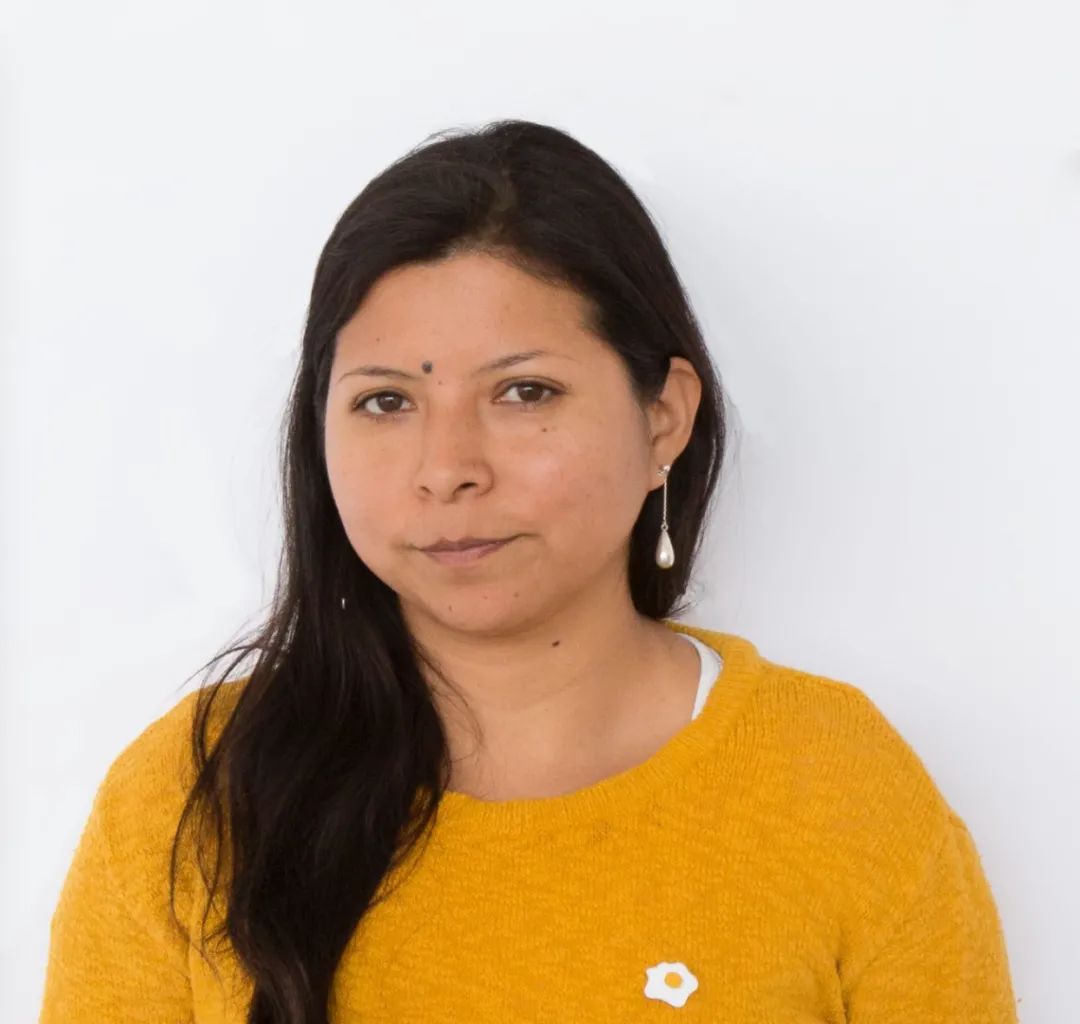 Martínez Garay is interested in how artefacts, cultural relics, and propaganda communicate the history and social-political memory of cultures. Multiple interpretations of historical figures and artefacts are incorporated into the artist’s work, supplanting institutional narratives and notions of stewardship.

The artist seeks to challenge the persistence of colonialist frameworks and official narratives informing our understanding of the pre-Columbian cultures. The fractured forms in her work signal stories and identities that have been obscured through a process of erosion, both metaphorical and literal. Martínez Garay reanimates the existing fragments of lost histories, underscoring the connections between that which can be salvaged and continued.

Weng Xiaoyu is The Robert H. No. Ho Family Foundation Associate Curator at Solomon. R. Guggenheim Museum in New York. At the museum, she has organized two exhibitions, Tales of Our Time (2016-17) and One Hand Clapping (2018). Featuring newly commissioned artworks by thirteen artists and artist collectives, the exhibitions challenge myths of identity and nation-state constructions. Weng is the curator for Immortality: the 5th Ural Industrial Biennial of Contemporary Art (2019) in Yekaterinburg, Russia. The biennial was awarded the “Best Exhibition of the Year” by the Art Newspaper Russia in 2020. Unfolding around the theme of Immortality, the Biennial critiques modern technology’s hegemonic agenda and postulates a multitude of futures where different narratives are possible. Working through the lenses of industrial legacy and decay, labor conditions, and indigenous cosmologies, the Biennial examines technology’s relationship with time, history writing, and humanity.

In recent years, Weng’s curatorial, research, and writing projects have been focusing on the exploration of decolonial frameworks by rediscovering cultural technics through the lens of the cosmological thoughts, emerging from non-European traditions and are often eliminated in the process of modernity. In close collaborations with artists, scientists, researchers and philosophers, her work intends to create syncretic, interpenetrating and hybrid contexts and platforms to foreground these practices. In 2019. Weng initiated the multi-year research project Technology and Its Discontent at the Guggenheim museum.

Weng previously served as the director and curator of Asia Programs at Kadist Art Foundation (Paris/San Francisco, 2010-2015). She currently serves as an advisor for the Foundation. Weng is also a member of the editorial team for Heichi Magazine. In the past 10 years, Weng has curated more than 30 exhibitions and projects internationally. Her other recent projects include Neither Black / Red / Yellow Nor Woman at Times Art Center Berlin, Germany (2019), and Soft Crash at Galleria d’Arte Moderna e Contemporanea di Bergamo, Italy (2016). Weng was the winner of the eighth edition of Premio Lorenzo Bonald per L’arte Enterprize for international curators in 2015 and a recipient of Asian Cultural Council’s (New York) prestigious Starr Foundation Fellowship (2007-2009). Weng received her BA from the Central Academy of Fine Arts in Beijing and her MA from the California College of the Arts in San Francisco.

Bring Your Own Mask to Yangtze River Delta Expo