The first collection of 8 books by Albertine, the winner of Hans Christian Andersen Award 2020 for Illustration, is translated into Chinese with the support of Pro Helvetia Shanghai, Swiss Arts Council.

This set of books has won the Hans Christian Andersen Award of 2020, which is usually hailed as the Nobel Prize in the world of illustrated books. Unlike the well-known Caldecott Medal that is merely awarded for the books, Hans Christian Andersen Award is an accolade for the accomplishment of the illustrator as well as all works of the artist. Albertine’s books bear top-notch artistry, and since the publication of her works, she has won many awards, including The New York Times Best Illustrated Children’s Books, Best Children’s Books from Bank Street College of Education, Prix Sorcières, Prix Crescer de Sao Paulo, and other impressive glories in the world of the illustrated books. 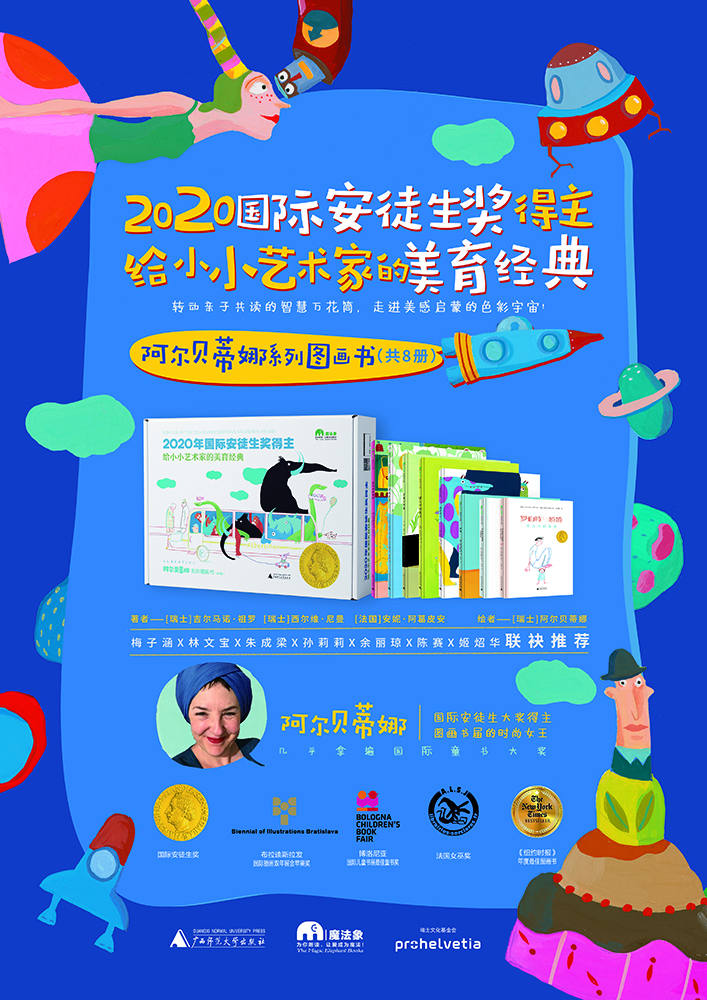 Zhu Guangqian, the master of Chinese culture and aesthetics, once mentioned that aesthetic is a soft skill that may help children fly higher. And this is a set of classics for children’s aesthetic education. Moreover, it is like a box of colorful chocolates with a variety of flavors. When opening the books, children will be physically pleased and mentally cultivated. Ils arrivent! (They’re Coming!): As the new semester begins, it turns out that teachers will feel uneasy too. It is a hilarious story with the ups and downs to help the teachers and children relieve their anxiety and greet the new semester with peace of mind; Le Génie de la boîte de raviolis (The Genie of the Tinned Ravioli): It’s a heartwarming fairy tale and also a modern fable. Hidden happiness often emerge in tiny and simple things; Robert&Gélatine: grande histoire pour les grands (Robert&Gélatine: A Great Story for Adults) and Robert & Gélatine:cache-cache (Robert & Gélatine: Hide & Seek): Every moment with you is so lovely and lights me up; Le Grand couturier (The Great Designer): What makes children shine is not the gorgeous and trendy clothes, but the independent and confident footsteps. Dressing in beautiful clothes is to find a better self; Des Mots pour la nuit (Words for the Night): Imagination makes us dreamers to enjoy fantastic adventures; Le Chat botté (Puss in Boots): Win a brand new life with wisdom and kindness. The namesake movie has won the 84th Academy Awards of Best Animated Feature Film; Les Oiseaux (Little Bird): A small detail can make the moment colorful. A small detail can change the world. 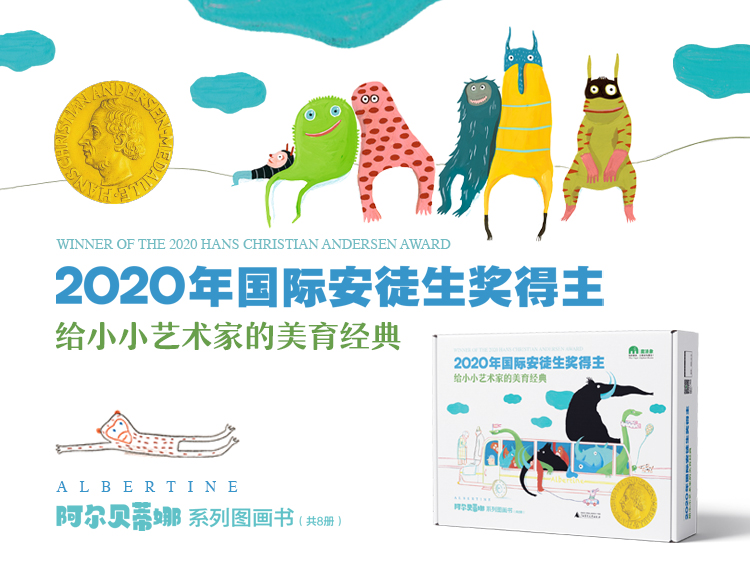 A number of Albertine’s illustrated books have been adapted into animated films, hence young readers can get inspired via both reading and movie-watching, and share the pleasure with their family members. The namesake movie of Le Chat botté (Puss in Boots) was nominated Best Animated Feature Film at the 84th Academy Awards. And the namesake movie of Le Génie de la boîte de raviolis (The Genie of the Tinned Ravioli) has also won many awards, including Prix SACD at Festival international du film d’animation, Emerging Talent Award at Encounters International Short Film Festival, and the Award for Best Short Film at Australian International Film Festival.