If you would like to participate in this project, you can send a link for your camera to: info@kurtcaviezel.ch

WATCHING THE WORLD, The Encyclopedia Of The Now

The World Wide Web is Kurt Caviezel’s camera. He can shoot everything by using livecams via the net.

WATCHING THE WORLD, Encyclopedia Of The Now is concerned with image production and the machines that produce them, surveillance, the private and public sphere, Internet, AI, algorithms, and big data. The project considers how the world puts itself within the sightline of image-creating machines, the possibility of algorithms replacing authors and photographers, the impulse to archive and then explore this endless sea of images, and how the machines that produce them operate as an extension of our bodies. We examine the network through the camera, and then look back at the real world before letting our gaze fall back onto ourselves.

WATCHING THE WORLD, Encyclopedia Of The Now project records thousands of public webcams, with the number of webcams increasing every day. The algorithm obtains 500,000 images from the network every day, and then AI proceeds to analyze, distinguish, and classify them into categories differentiated for example by color, vehicle, or animal. The images are archived for 48 hours before being overwritten by the following ones. Visitors to the website can see nine randomly selected live images that are refreshed every nine seconds, and select the category of images they want to look at. For this exhibition, the screen will constantly refresh to present a live image from a random camera, along with live images shown in the past 24 hours.

Kurt Caviezel (1964, Switzerland) lives and works as an independent artist in Zürich, Switzerland. His work was awarded the Manor Art Prize in 2002, and he won the Award of the UBS Culture Foundation in 2010. Kurt Caviezel has published the photobooks Red Light (2000) and Points of View (2002). His book The Encyclopedia of Kurt Caviezel was published in 2014 on the occasion of his exhibition at the Italian Galerie Foto-Forum. Caviezel is the pioneer of a new kind of photography, understanding the world wide web as a camera, or more accurately, as his camera. The screen of his computer is the viewfinder, the mouse the trigger, and the cameras around the world linked to the Internet are his lenses. 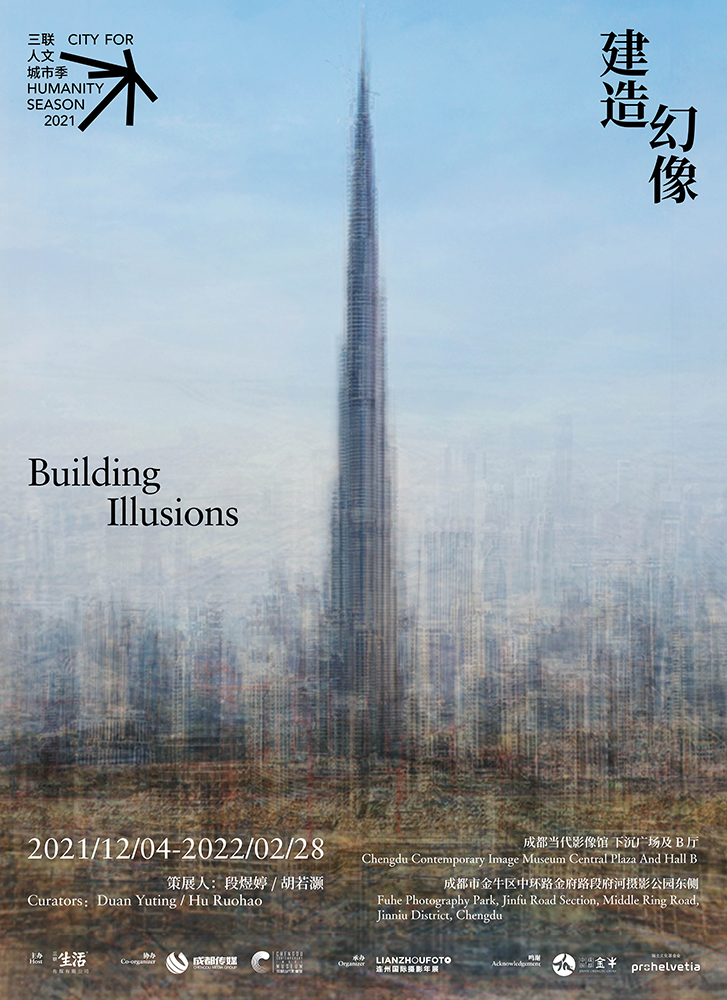 “In less than two centuries cities have shifted from being exceptional locales to become the globally dominant setting for social life.”

“An ensemble of images fills space, all spaces, dilates and circulates, freed from conventionalized use or function.”

The start of the Anthropocene at the end of the 18th century spurred rapid urbanization. Cities swiftly grew at a scale that had been unimaginable in the past, radically changing urban life in unprecedented ways. Denizens witnessed the birth of diverse communities and cultures, increased mobility between cities and across national boundaries, and the development of management and planning measures based on new technologies. This major shift marked a complete turn from excessive expansion to sustainable development. Visual mediums similarly took on more expansive roles in urban life and space due to technological advances facilitating the emergence of tools like analog and later digital photography, along with smartphones, social media, and the ubiquitous LED screen. The constant production of an excess of images, together with changes in urbanism have reshaped the relationship between photography and cities.

The exhibition “Building Illusions” examines the continuously transforming and evolving relationship between cities and photography within multiple historical contexts. Public domain archival materials from a range of different sources offer one possible path through this geographically and diverse set of histories. It begins with notes for early urban photographers’ photo samples, then continues with Charles Marville’s photographs documenting Haussmann’s renovation of Paris, before moving onto advances in panoramic and aerial photography that provided humanity with new visual perspectives, and finally ending with the “ultimate urban photo database”: Street View application. Users have misappropriated, deconstructed, and subverted the original function of this unprecedented and massive digital database, using these images instead in open and diverse ways in order to mold conceptions around urban space for themselves. This progressive path is again divided into two in the exhibition: heliography emblematic of early urban photography is juxtaposed with digital photography that dominates urban time and space. The archival materials on view offer a series of visual clues for the viewer to draw linkages between these historical records and the contemporary works sharing the same space.

Visitors walking through the show may discover a thematic dichotomy. One presents photography as a tool for capturing a city’s spatial qualities. Joined with new technologies, some archival photographs have been instrumentalized as a means of control. Others have been reduced to visual evidence for the efficacy of certain technologies that produce massive amounts of data erasing any trace of humanity. The other thorough line focuses on urban photography made by artists eager to turn away from the tenets of urbanism, and in turn embrace subjectivity in their artistic practices. Their work attempts to visualize urban spaces where it is possible to resist the totalizing reach of the city. The first theme seems to be centered on photography dependent on material intermediaries, refracting the lived reality of urban life, and eliminating fictional elements in order to construct an illusion of the city. The second theme is dependent on immaterial actors when constructing this illusion, refracting imagined ideas of it in order to obscure reality. The former is an individualized and poeticized way of looking at a city. The latter is more inclusive and open, and is reliant on collectivity and collaboration. The juxtaposed contradictory set of narratives move between overshadowing, accommodating, and offsetting one other, constructing a self-reflexive historical model for the audience.

New overlapping and interwoven illusions emerge in the space where contemporary governance and the counter-reactionary turn meet. We can see through the windows that frame our cities, or on countless screens that offer glimpses at unknown places a path that treads the boundary between imagined and real exchange. Along this path there are people and communities who were never supposed to meet. The city is perpetually folded into an abstract blueprint that encompasses the past, present, and future. Located at the center of this illusion, the apartment has become the archetypal spatial metaphor for the camera.

(Banner image: WATCHING THE WORLD, The Encyclopedia Of The Now, © Kurt Caviezel)

To-gather: To See, To Say