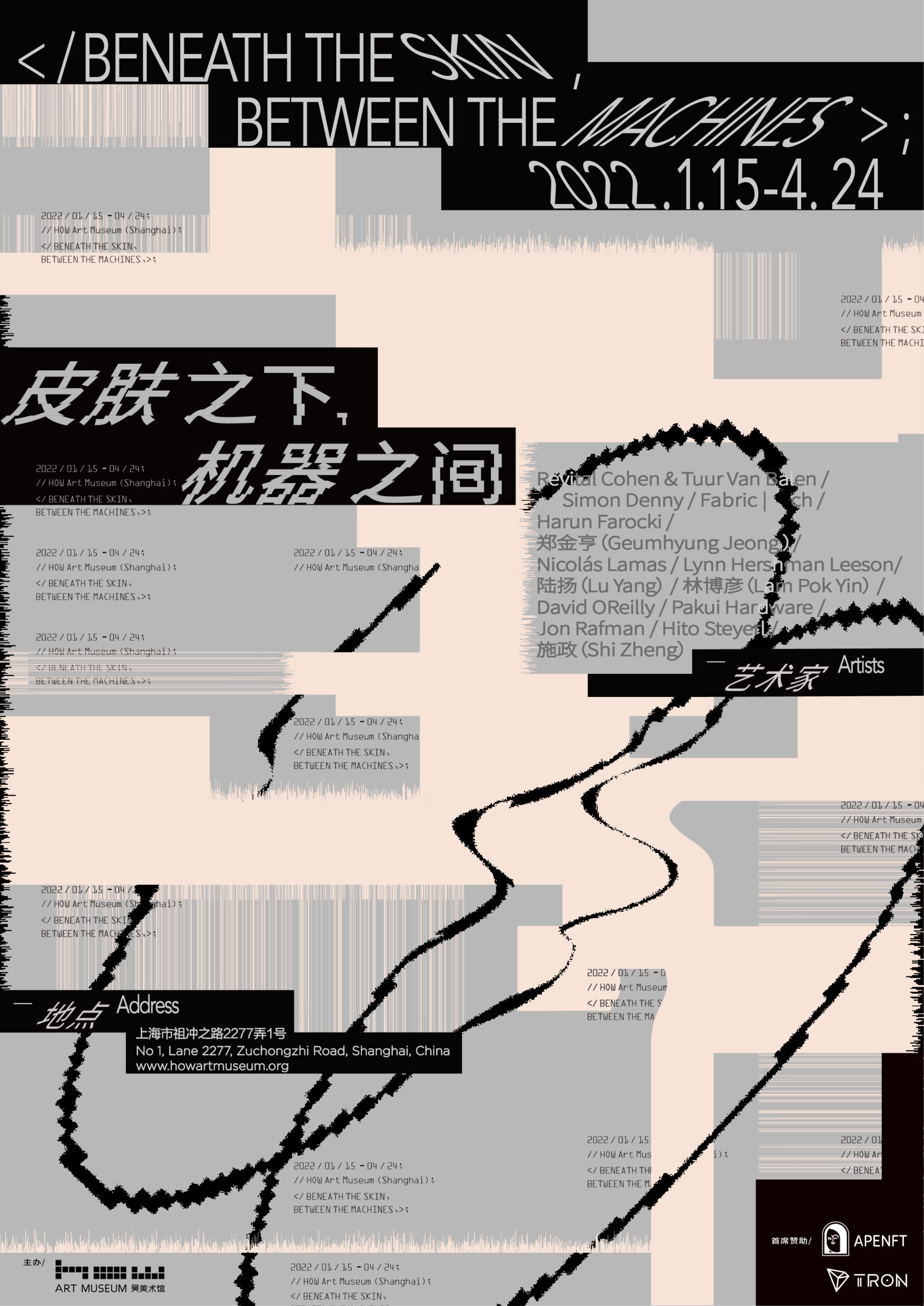 “Man is only man at the surface. Remove the skin, dissect, and immediately you come to machinery.” When Paul Valéry wrote this down, he might not foresee that human beings – a biological organism – would indeed be incorporated into machinery at such a profound level in a highly informationized and computerized time and space. In a sense, it is just as what Marx predicted: a conscious connection of machine[1]. Today, machine is no longer confined to any material form; instead, it presents itself in the forms of data, coding and algorithm – virtually everything that is “operable”, “calculable” and “thinkable”. Ever since the idea of cyborg emerges, the man-machine relation has always been intertwined with our imagination, vision and fear of the past, present and future.

In a sense, machine represents a projection of human beings. We human beings transfer ideas of slavery and freedom to other beings, namely a machine that could replace human beings as technical entities or tools. Opposite (and similar, in a sense,) to the “embodiment” of machine, organic beings such as human beings are hurrying to move towards “disembodiment”. Everything pertinent to our body and behavior can be captured and calculated as data. In the meantime, the social system that human beings have created never stops absorbing new technologies. During the process of trial and error, the difference and fortuity accompanying the “new” are taken in and internalized by the system. “Every accident, every impulse, every error is productive (of the social system),”[2] and hence is predictable and calculable. Within such a system, differences tend to be obfuscated and erased, but meanwhile due to highly professional complexities embedded in different disciplines/fields, genuine interdisciplinary communication is becoming increasingly difficult, if not impossible.

As a result, technologies today are highly centralized, homogenized, sophisticated and commonized. They penetrate deeply into our skin, but beyond knowing, sensing and thinking. On the one hand, the exhibition probes into the reconfiguration of man by technologies through what’s “beneath the skin”; and on the other, encourages people to rethink the position and situation we’re in under this context through what’s “between the machines”. As an art institute located at Shanghai Zhangjiang Hi-Tech Industrial Development Zone, one of the most important hi-tech parks in China, HOW Art Museum intends to carve out an open rather than enclosed field through the exhibition, inviting the public to immerse themselves and ponder upon the questions such as “How people touch machines?”, “What the machines think of us?” and “Where to position art and its practice in the face of the overwhelming presence of technology and the intricate technological reality?” Departing from these issues, the exhibition presents a selection of recent works of Revital Cohen & Tuur Van Balen, Simon Denny, Harun Farocki, Nicolás Lamas, Lynn Hershman Leeson, Lu Yang, Lam Pok Yin, David OReilly, Pakui Hardware, Jon Rafman, Hito Steyerl, Shi Zheng and Geumhyung Jeong. In the meantime, it intends to set up a “panel installation”, specially created by fabric | ch for this exhibition, trying to offer a space and occasion for decentralized observation and participation in the above discussions. Conversations and actions are to be activated as well as captured, observed and archived at the same time.

[1] Karl Marx, “Fragment on Machines”, Foundations of a Critique of Political Economy

HOW Art Museum has invited Lausanne-based artist group fabric | ch to set up a “panel installation” based on their former project “Public Platform of Future Past” and adapted to the museum space, fostering insightful communication among practitioners from different fields and the audiences.

“Platform of Future-Past” is a temporary environmental device that consists in a twenty meters long walkway, or rather an observation deck, almost archaeological: a platform that overlooks an exhibition space and that, paradoxically, directly links its entrance to its exit. It thus offers the possibility of crossing this space without really entering it and of becoming its observer, as from archaeological observation decks. The platform opens- up contrasting atmospheres and offers affordances or potential uses on the ground.

The peculiarity of the work consists thus in the fact that it generates a dual perception and a potential temporal disruption, which leads to the title of the work, Platform of Future-Past: if the present time of the exhibition space and its visitors is, in fact, the “archeology” to be observed from the platform, and hence a potential “past,” then the present time of the walkway could be understood as a possible “future” viewed from the ground…

“Platform of Future-Past” is equipped in three zones with environmental monitoring devices. The sensors record as much data as possible over time, generated by the continuously changing conditions, presences and uses in the exhibition space. The data is then stored on Platform Future-Past’s servers and replayed in a loop on its computers. It is a “recorded moment”, “frozen” on the data servers, that could potentially replay itself forever or is waiting for someone to reactivate it. A “data center” on the deck, with its set of interfaces and visualizations screens, lets the visitors-observers follow the ongoing process of recording.

The work could be seen as an architectural proposal built on the idea of massive data production from our environment. Every second, our world produces massive amounts of data, stored “forever” in remote data centers, like old gas bubbles trapped in millennial ice.

As such, the project is attempting to introduce doubt about its true nature: would it be possible, in fact, that what is observed from the platform is already a present recorded from the past? A phantom situation? A present regenerated from the data recorded during a scientific experiment that was left abandoned? Or perhaps replayed by the machine itself ? Could it already, in fact, be running on a loop for years?