In the era of globalization, cities are making lives better. But with what specific features or who’s life exactly? In the previous three decades, the excessively rapid growth of major Chinese cities give rise to a series of issues including transportation, population structure, urban lifestyle, urban and nature, as well as wealth gap which provide the exhibition planner the inspiration of using “Devolution City” as the theme of this exhibition. “Devolution City”, referring to reflections and imaginations on problems arising in various cities (or parts of cities), is the foundation which the invited artists used to reconstruct a miniature-sized simulation city. Hence, just as it is depicted by Marco Polo that these devolution cities are co-fabricated in a mixture of virtue and reality, factual interpretation and misunderstanding, which will, eventually, evolve into diverse forms of sound theatres that emit sound fluidly. These imagination-based theatres, owning functions such as reconstructing wonders and secrets, are absurd yet dedicated endeavors of us to demonstrate uniqueness of all cities in this era.

Shanghai was chosen as the first exhibition stop for its significance and representativeness. The concept of “Better City, Better Life” proposed in 2010 Shanghai Exposition manifests major cities’ ambitions to accomplish reforms on technology, modernization and city scale. Expansion of city scales, development of internet technology and soaring business costs have co-founded the possibilities of new living forms such as shared economy and shared life. 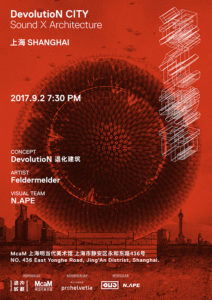 The artists invents four possible aspects of life that could potentially be shared in the future in Shanghai Devolution City Exhibition. Despite being boasted of having future value, the four mendacious construction projects actually vividly reflect realistic problems existing in major cities, including business ethics and traditions, cities and the nature, consumptionisim, technological development and employment, information redundancy and so on. By joint promotion of the McaM Ming Contemporary Art Museum and Pro Helvetia Shanghai, Swiss Arts Council, Mr. Feldermelder will be the opening co-op artist collaborating with N.APE, a multi-media art group, on the sound simulation projects in the Shanghai live show in September. 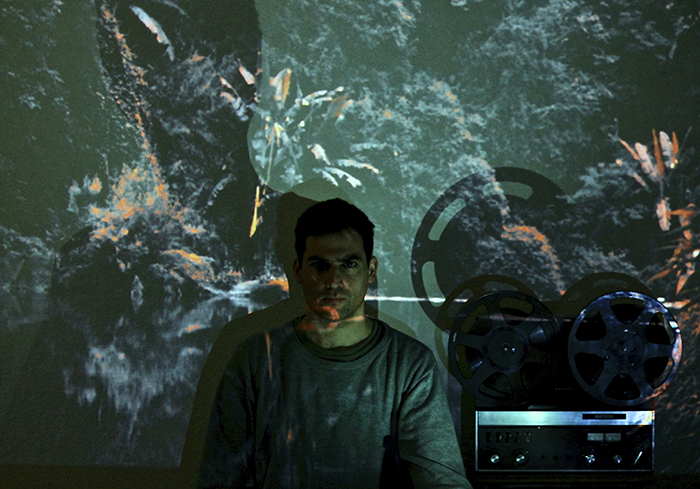 As a teenager Manuel Oberholzer born in 1979 aka Feldermelder made his initial efforts on an Amiga 500. The discipline and focus that was needed to work on trackers still lives on in his creative beats and arrangements. Since then he has become a Max-Msp addict a modular synth enthusiast. And more.

His psychedelic live acts, played on a wide range of analog and controlled digital equipment, made him perform in all over the world. His endless research with others musicians made him become even more obscure, allowing him to play all different kinds of venues and to change the set up continuously. Since 2015 he collaborates on audio visual installations with different collectives. The collaboration with the Visual Collective Supermafia let to a new show for his upcoming Album. In 2015 he was the winner of the 2015 ’Bourse pour les musiques actuelles’ of the canton of Fribourg in Switzerland. In 2015 he co-founded Shutter Music and OUS Records. He was described as the lost art of keeping a secret.

In 2016, Feldermelder was supported by Pro Helvetia Shanghai to perform at Tomorrow Festival at OCT LOFT in Shenzhen.