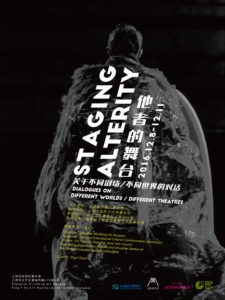 Since the 1980s and 1990s, the major transformations on the world stage have been accompanied by significant changes on the small stage. On the global stage, the once dominant western-centric modernization narrative has been challenged by other forms of globalization, postcolonial criticism, counter-hegemonic projects, and multiculturalism. The theatrical scene provides a privileged space in which we can involve ourselves in the process of shaping our individual and collective futures by sharing and discussing regional experiences, in their commonalities and in their differences, and by exploring new possibilities for future collaboration. This project is not simply a response to outside pressures, but is also deeply rooted in particular regions’ internal dynamics.

The creation, experimentation, and production of theater and live performance are linked with these dynamics. For various reasons, however, the dominant concepts, practices, and forms of theatrical and other performances come largely from the West. Nevertheless, Asian, African, and other theatrical and performative traditions, through their acute, vivid, and creative relationship to local and regional society, retain much that is their own.

“Staging Alterity: Dialogues on Different Worlds / Different Theatres”hopes to foster new points of articulation and new opportunities for further sharing and mutual participation, developing different orientationsand horizons for contemporary culture. Even today, Most Chinese theater festivals are dominated by mainstream western theatrical traditions and values. The question is how can we build our own theatrical culture, develop different perspectives, and explore different forms of creativity and aesthetics?

(Image courtesy of the artists, provided by Minsheng Art Museum)